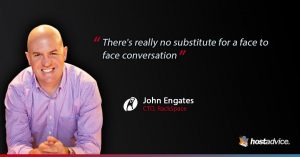 My first exposure to Rackspace was in 2006, when I was working at a company and we had two rented Rackspace dedicated servers, and an account manager who was fantastic. I remember then meeting Rackspace people at conferences and asking if they knew this guy, Joe Dan Dockrey. They said no. I didn't realize how big Rackspace was getting--but it certainly has gotten huge. But CTO John Engates has been at Rackspace almost since the beginning. He tells us how the company evolved and where it lies now. 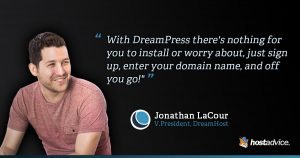 If you've been in the hosting arena for awhile, you know DreamHost. What you may know is that they have had these great deals on domains+hosting that may have even reeled you in. But you may not know about the commitment to cloud infrastructure. We learned more about this with Jonathan LaCour, the Vice President of Cloud of Development at DreamHost, who gave us a really exhaustive look at his involvement in the company and in working on the cloud. 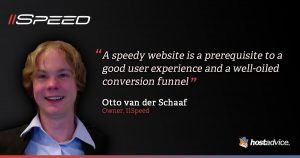 Interview with Otto van der Schaaf of We-Amp and IISpeed

Ever wonder how search engines perceive your website? We don't know all the answers, but we do know bits and pieces--enough to know these days that slow websites make for a poor user experience which means that search engines don't want to rank those websites high enough to contribute to that poor UX. We sat down with Otto van der Schaaf who has been working on two separate (but related) projects on page speed, and who boasts, among his partners, Google. Here's his story.

Watching how companies grow has always fascinated me. It's especially heartening to learn about how Linode has grown in just the last 1.5 years. It was a pleasure for me to sit down with Casey Smith, Chief Marketing Officer at Linode, who has told us about the company and how his experience plays a role in its past, current, and future growth. The company's primary focus on support and dependability has given it an edge and has helped it grow outside its North American borders to maintaining a global presence. We assume they're just getting started. Meet Casey: